Coronavirus in the Middle East – May 11 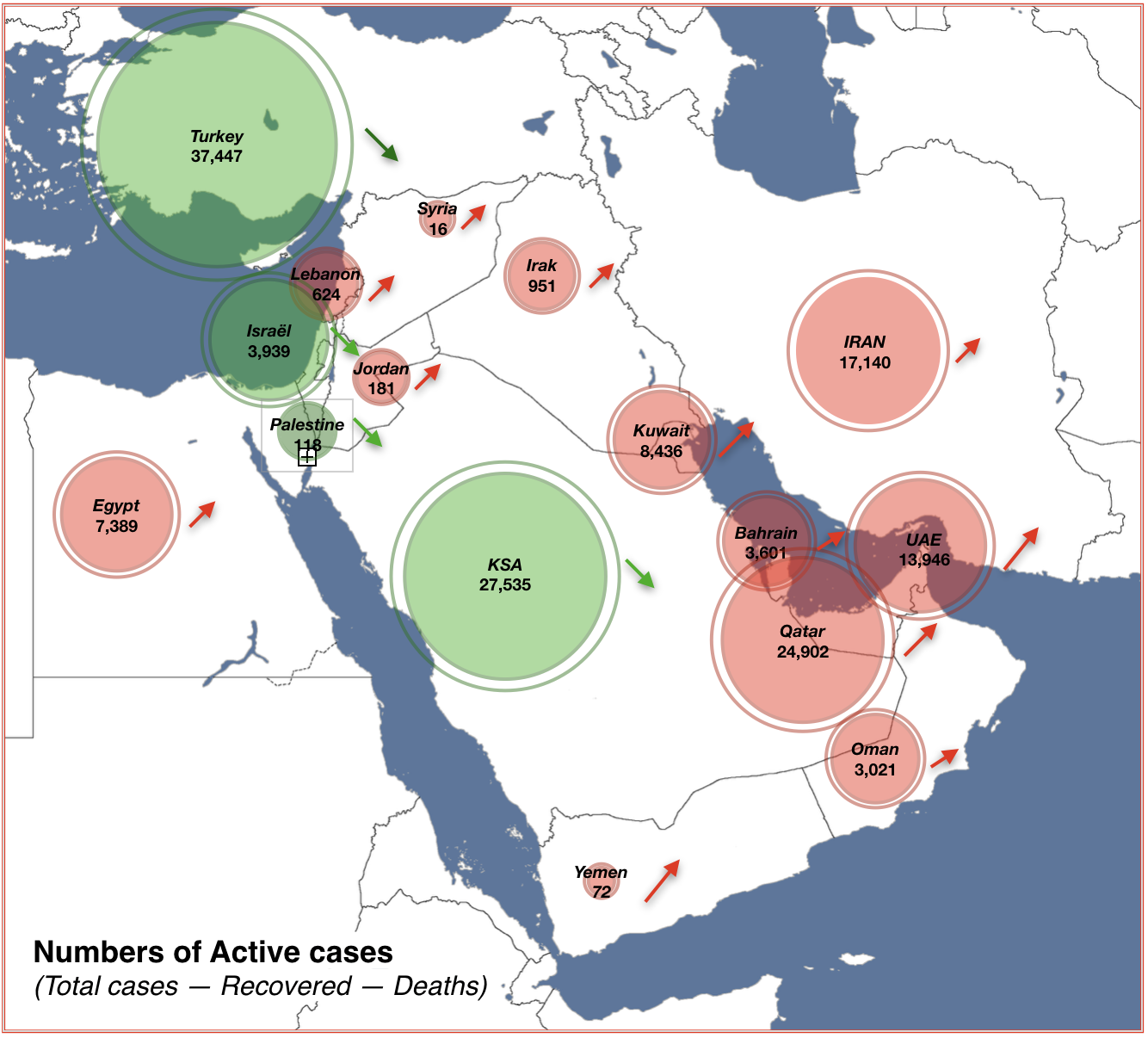 Healthcare systems in the Middle East were unequally prepared to tackle such a health crisis. Countries that have managed the Middle-East Respiratory Syndrome (MERS-coronavirus) the best in 2012-2013 are also those that coped the best with the new Covid-19. These are Saudi Arabia, Kuwait, Bahrain and the UAE. However, these countries have then seen a spike in infections later on, though with low fatality rates. Interestingly enough, Qatar has the world lowest share of fatalities out of infected patients thanks to a massive testing strategy, advanced healthcare system and young population. In the Gulf, most cases are among the foreign workers class who live in overcrowded camps.

Most countries of the region have decided to implement drastic isolation measures early on, later easing restrictions after having flattened the curve, just before Ramadan. But repatriation flights and Ramadan gatherings resulted in a new wave of infections and restrictions in May.

The coronavirus measures added to the low price of oil have seriously impacted all economies of the region, from the most advanced ones to those already devastated by war and months of protests. Poverty is rising alarmingly, putting more pressure on governments that cannot afford closing off their countries any longer.