Blockchain, IoT and the Smart Management of Energy: A Solution to Lebanon’s Power Issues? 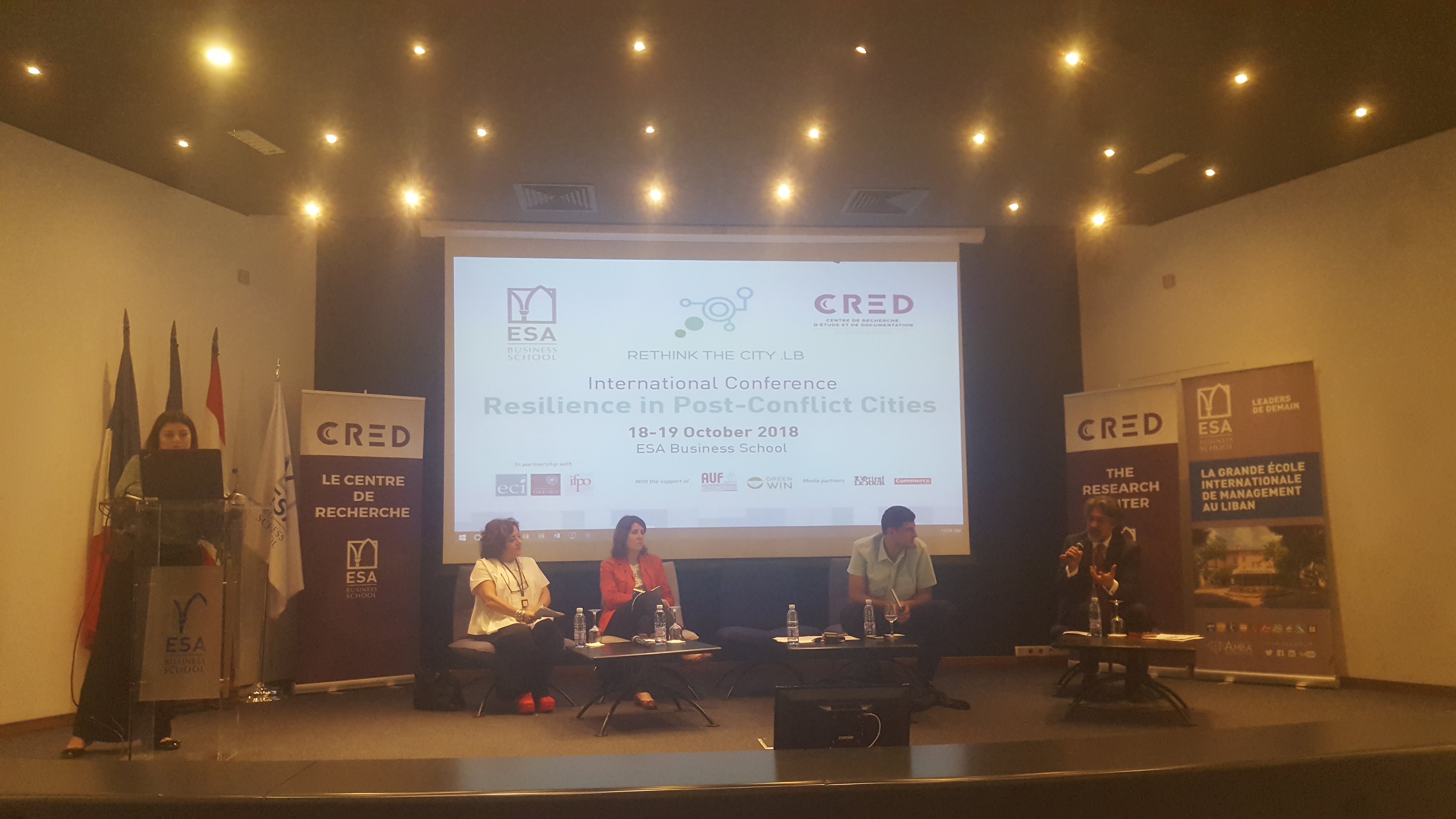 The conference « Rethink the City – Resilience in Post-Conflict Cities » just took place at the ESA Business School in Beirut. A panel of regional and international professionals, officials, civil society members and academics addressed fundamental issues regarding urban planning and city-related issues, with a focus on sustainability.

On this occasion, Hassan Harajli, Project Manager for Lebanon at UNDP CEDRO, mentioned the necessity to develop shared energy production, management and distribution systems. This would allow for a reduction of energy waste, costs, intermediaries and a better micro-management of energy consumption and needs at the household level. A proposed solution for the smart management of energy is the use of blockchain and Internet of Things (IoT), starting by a shared solar system.

The European Union-funded CEDRO program notably built an experience coordinated with the municipality of Qabrikha, a village in Southern Lebanon where a community solar system has been installed. The municipality had its own grid in which the photovoltaic system (PV) injected its power, but an issue appeared when electricity came from Electricité du Liban (EDL), the public entity producing and distributing 90% of electricity in Lebanon. UNDP CEDRO managed to convince EDL to let them connect their solar power system to the distribution network. They also convinced them that they could integrate a Virtual Net Metering (VNM) — a bill crediting system that credits co-owners of a community shared solar system for excess energy produced by their share of the solar system. Thus, each house, instead of paying 5,000 dollars for a PV system on their own roof, would contribute 200 dollars and get the same capacity.

Then, through smart metering and softwares they would share the power. This would enable harmonization and optimization of electricity distribution within the community when some households and systems are producing more or less electricity than others. The problem is, for now, when considering the hypothesis of community shared solar systems producing electricity in excess: instead of crediting the producers back for their excess production, Electricity du Liban would just take back the excess energy without any reward.

According to Pierre Khoury, General Director of the Lebanese Center for Energy Conservation, there would thus be a need for a reform of EDL before demonstration projects can be made with blockchain and IoT applications in the field of smart management of energy. Mr Harajli, whose teams are working on the subject just as those of Pierre Khoury do, defines the blockchain as a trustworthy accounting system to manage and operate shared resources.

The UNDP ‘Village 24 Initiative’ first implemented in Qabrikha is a first step towards a general upgrade of the electricity situation in Lebanon with regards to production, infrastructure and distribution. It points out in an October 2018 publication that, « optimizing the usage of infrastructure and system assets and ensuring that accurate and secure records of all energy related transactions are kept, many companies and utilities are opting to use blockchain-based distributed ledger technologies ». Decentralized accounting buying and selling electricity between consumers and producers through peer-to-peer energy trading is a key objective of the initiative. Indeed, in Lebanon, rural areas host residents, expatriates that come only on holidays and people working in the capital while coming back to heir village on the weekends. This is where a blockchain platform would help optimizing energy production and consumption with various sources of energy.

The Initiative expresses a need for « further investigation into the business model under which the scheme could be monitored and operated » but also a legal study of what regulations need to be implemented for these models. This is where private initiatives have to emerge.

There have already been several projects to experiment and test such blockchains applications for the smart management of energy around the world. Just this week, major Japanese  electric power companies have signed a partnership with a bank and the University of Tokyo to conduct research on the possibility of distributed electricity supply through the blockchain. The specific subject is precisely to allow solar power suppliers to sell excess energy to consumers. Following the logic that is transforming the current model of a conventional large-scale intensive power supply system to a self-sustained distributed type, there should be in the future a « possibility that electricity will be directly traded […] through a dedicated platform ».