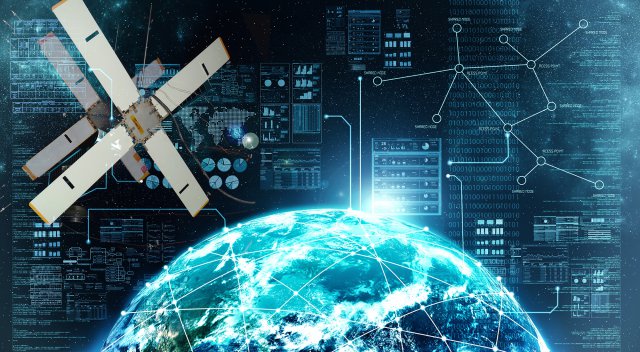 Sad days, but bright tomorrows for open source intelligence (OSINT) investigators. While the community of Internet “Sherlock Holmes” mourns the closure by Facebook, Twitter and the American administration of pages sharing specialized techniques, geospatial intelligence and investigations are about to undergo a small revolution thanks to French startups and consortiums.

On June 10, users of the “Graph Search” tool, which provided information about other users of the social network based on keyword queries, were informed that Facebook had decided to stop using it. Four days earlier, open-source investigation specialist Michael Bazzel was forced, under pressure from a Digital Millennium Copyright Act (DMCA) complaint and a month of violent DDOS attacks, to remove his famous OSINT tools and techniques section from his website. It was a gold mine for journalists, law enforcement and other private investigators. Bellingcat’s investigative journalists were offended by these measures, which hinder the ability to investigate war crimes. Similarly, Twitter is censoring OSINT accounts and is about to suspend the geolocation of tweets.

But don’t panic, there are still many specialized sources of information on the subject such as OSINT Techniques or The Many Hats Club, and especially a very dynamic Twitter ecosystem around personalities such as Michael Bazzel, Henk Van Ess, Jake Creps, Sean Wright, Dutch OsintGuy or OSINTCurious. A few articles also list a whole range of interesting tools.

Above all, beautiful projects are beginning to emerge in France, which aim to revolutionize geospatial information and thus boost image-based intelligence and investigation capabilities. These are an integral part of the toolkit of the OSINT investigator as well as intelligence services. The effectiveness of GEOINT, which consists in analyzing aerial images and cross-referencing them with other images or information from the ground to geolocate a target, for example, depends closely on the accuracy and availability of aerial images that are as recent as possible.

French nanosatellites at the service of tomorrow’s GEOINT

We can therefore understand some of the stakes behind the announcement at the Paris Air Show by the Breton startup UnseenLabs, which raised €7.5 million in 2018, of the launch of its first nanosatellite at the end of July. The company supported by the Ministry of Defence is developing a constellation of some 30 signal intelligence (SIGINT) satellites weighing less than 10 kg for deployment by 2022 on launchers such as Rocket Lab’s Electron or Arianespace’s Vega. The weight of these satellites should be compared to the 130 kilos of Elisa, a satellite currently used by the Ministry of Defence. In addition to the maritime surveillance services available as of September — the fight against illegal fishing, trafficking and piracy, a whole range of applications will then be added for national navies, customs, shipowners, NGOs or oil companies. “We have not yet had an expression of needs from the investigative journalism sector, but yes, typically, this is something we can address,” said UnseenLabs director Clément Galic over the phone. “However, we are not addressing military intelligence at all: we offer civilian intelligence without treading on Airbus CERES toes,” he explains.

“We are listening to everything that emits electronically on board ships and cross-checking this data with external sources of AIS (Automatic Identification System, NDLR) radio beacons to identify ships that do not have AIS or whose emissions are suspicious”. This allows for near real-time tracking by locating ships that cut their beacons, for example, and promises to be more accurate and less labour-intensive than with radar and optical satellites currently covering large areas. As for military wiretaps, the future 450 kg CERES satellites will be launched from 2020 onwards.

Moreover, with Airbus being awarded the implementation of the 3D optical constellation programme (CO3D) by the Centre national d’études spatiales (CNES), GEOINT is getting a new impetus. In the continuity of the 750 kg Airbus Pleiades Neo satellites planned for 2020, whose very high level of topographic resolution (30 cm) will serve intelligence services, the 3D sub-metric data (50 cm) of the lightest CO3D satellites will help with stereoscopic photography and mapping in the security field from 2022 onwards.

A military capacity for strategic independence

But in the military field, the French Minister of Defence Florence Parly has decided to go even further with the launch in 2023 of studies on two new space programmes. Iris and Celeste will replace the CSO optical observation satellites and CERES listening systems. The current CSO programme is about to provide very high resolution optical and infrared images in 2020, thanks to its constellation of three satellites. Airbus Space and Thales Alenia Space are invited to submit their proposals. As for CERES, such a level of SIGINT technology is only mastered by the United States, Russia, China and now France. In short, even if the two billion euros invested annually by France in military and civil space do not stand up to US, Chinese and Russian investments, French innovation and research seem to be on the right track towards strategic independence.

A French ecosystem in full maturation

The French New Space can boast a recently consolidated ecosystem with designers of engines for nanosatellites such as the Massy-based startup Exotrail, or small space launchers such as the Bordeaux-based HyPr. In the field of connected objects, the nanosatellite constellations of the Toulouse startup Kineis are also making waves. They have already raised 80 million euros in funding in addition to CNES support, barely a year after the launch of Kineis. Mobile objects in remote areas and with very low traffic such as at sea, which cannot be covered by terrestrial networks, will soon be connected. After an industrial launch on June 21, these devices will be used to support the monitoring of animal migrations, fishing or pleasure boats, maritime freight and smart farming. They rely on Thales Alenia Space and, for the construction of platforms and the integration of satellites, on another Toulouse-based company: Nexeya. Nexeya designs and manufactures innovative equipment critical to French forces, including nanosatellites in partnership with CNES. In April, it came close to being acquired by the German Hensoldt: the Ministry of Defence opposed this takeover of such sensitive technologies. Nexeya’s space and sovereignty activities are now protected within a new SME with a turnover of 36 million euros for 200 employees, Hemeria.

The race for New Space is well underway in France!

You can find out more about which cookies we are using or switch them off in settings.